How Does Yoga Reduce Stress Levels? 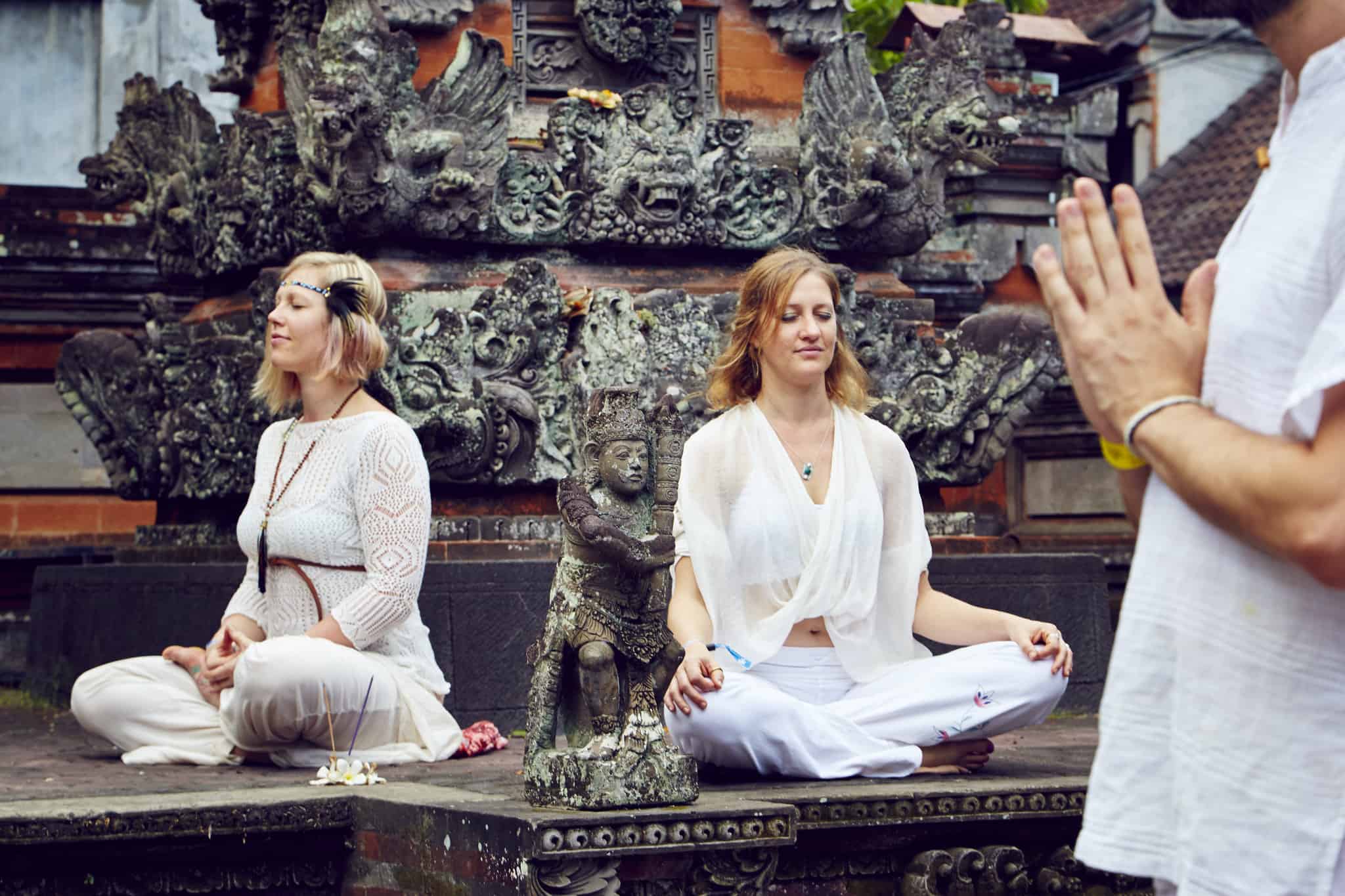 All of us feel the effects of stress from time to time and taking part in a yoga class can help to reduce some of the anxieties and isolation that stress and depression can add to daily life by providing a way to unwind with friends at the start, middle or end of a stressful day.

In this article we will look at

Whether we think we’ve got a handle on it or not, our bodies are doing their own stress management behind the scenes. This physical reaction to stress is what science calls sympathetic mode – which is not as kind as it sounds, but is in fact that well-known, hormone-fueled fight or flight mode.

This rush of hormones is a necessity evolved from a primal need to respond and protect ourselves. The hormone cortisol, which promotes muscle responses in the body, is usually released slowly, but the brain responds to stressful situations by suddenly flooding the body with cortisol. At the same time adrenaline, which fires up the central nervous system to get the organs ready to fight or flight, also rushes into the body.

In situations of constant stress, such as facing relationship, financial or work problems, particularly those related to a high pressure job, or busy times such as house moves, weddings and looking after others during illness, the body can put almost constantly into this fight or flight mode as those hormones surge around the body, causing problems such as high blood pressure, palpitations and breathlessness. Over time, the effects of constant stress can also build up to reduce the effectiveness of the immune system, which can give rise to wide-reaching ill-health and increasing susceptibility to a range of additional health complaints.

Stress can impact on all aspects of ourselves, including our feelings, mood, behaviour and our physical reactions and responses. Common physical stress responses include high blood pressure, sweating, trouble sleeping, loss of appetite, as well as those hidden aspects of stress – anxiety, depression and feelings of general ill-health.

Often these situations are in turn exacerbated when we turn to the wrong things, such as drink, comfort eating and overuse of prescription or over-the-counter medications, to try to make ourselves feel better.

It’s important to manage the stress response (and particularly that rush of adrenaline) as this can help hold off high blood pressure and offer relief to cardiac and respiratory systems. If we are able to support the body’s own reserves when under additional physical or emotional stress, such as during pregnancy or when recovering from illness or accident, then we are more likely to have reduced levels of stress.

I really enjoyed Cat’s class it was relaxed & friendly, I felt comfortable and the poses flowed well to one another.

The Role of Yoga

Instead of turning to short-term relief but potentially health-threatening remedies, yoga offers an alternative for reducing stress levels, whilst also benefiting overall well-being in the longer term, as the principal benefit of yoga is that it puts the body into the opposite of sympathetic mode: parasympathetic mode.

This is the body’s ‘rest and digest’ mode, where the body can repair and regenerate and is the main reason we often feel good after yoga, even if the session itself has felt challenging, the body feels the benefit.

Over time, the regular practice of yoga helps to harness the parasympathetic mode, allowing a person to introduce it ‘at will’ to help cope with stress and reduce fight or flight rushes.

There’s a reason that “and breathe …” is a response associated with calming effects and it comes from its use in yoga, where the phrase is used specifically as a reminder to breathe in a controlled way.

During yoga sessions, practising this pranayama (breathing in yoga) specifically invites the parasympathetic state and allows breathing to help ameliorate that rush of hormones and rescues us from the shallow, gasping breaths that we associate with a response to stress. Pranayama specifically increases the intake of oxygen into the body and uptake of oxygen by the cells, which in turn brings relief and calm to those body-wide systems which are always caught up in stress responses, such as the cardiac and central nervous systems.

This is certainly one of the ‘hidden’ benefits of practising yoga, as once you are familiar with some of the breathing techniques, you don’t have to be within a yoga session to use them effectively: taking a five minute work break to focus on your breathing can bring real short-term relief when work is too stressful, for example.

Focusing on yoga in times of stress can also help reduce the impact of stress by giving your mind something to focus on rather than dwelling on the negative emotions while at the same time promoting mindfulness and meditation, relieving a stressed brain and overworked thoughts by offering an inward focus and ignoring external distractions.

Yoga also provides light exercise, something often recommended as a guard against the long-term effects of stress and promotes body awareness along with holistic well-being, to get mind and body working together to boost ability to cope with stress which builds resilience over time which also benefits recovery for those times when stress is unavoidable.

Reducing the physical effects of stress: 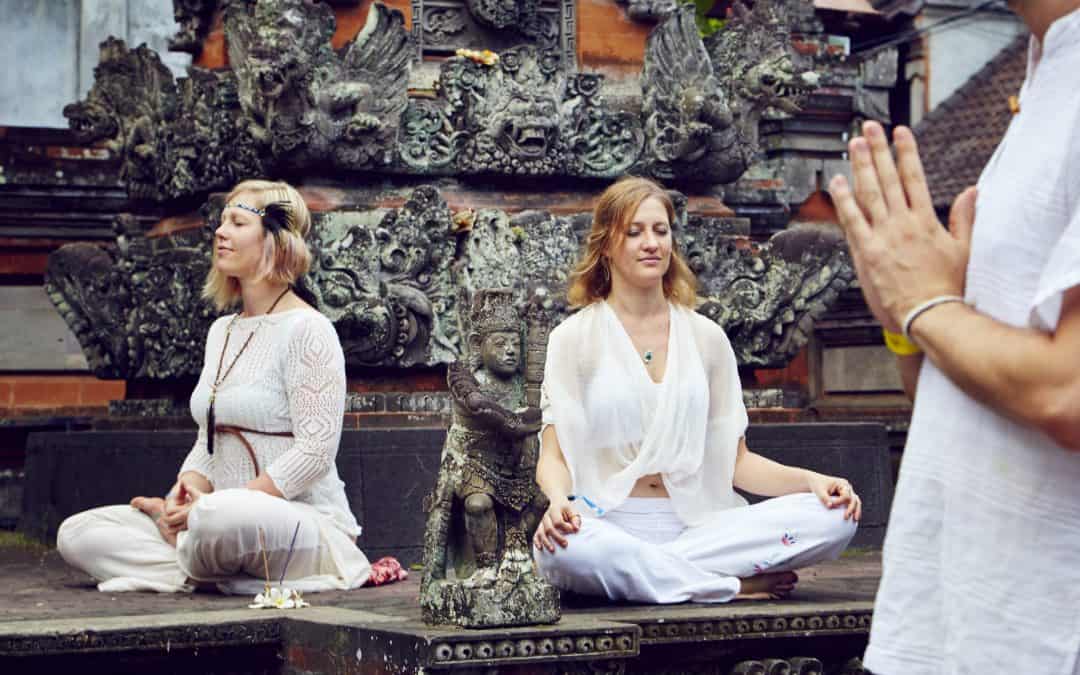 This bit is where the newsletter sign up bit goes